After the Bonnie Prince—the Jacobite Succession

…lonely cairns are o’er the men,
Who fought and died for Charlie!

If the men who fell at Culloden lie under lonely cairns, where is Bonnie Prince Charlie himself buried? I stumbled on the answer some years back. While wandering through the big marble barn that is Saint Peter’s Basilica gaping at the tombs of dozens of popes, I came upon the final resting place of Charlie, his brother Henry Stuart, Cardinal of York, and their father James III.

The word Jacobite (from the Latin for James) is the word given to their cause and to parties that supported them. The lost cause had patriotic and nationalist tones but it was heavily religious. If England deposed James II over his Catholic tendencies, his son and grandson embraced a Catholic identity. Hence their resting place. Did the Jacobite cause die with Henry? Not really. Various groups for various motives supported it and, in later years, romanticized it.

During research for newest book, Dangerous Secrets, I found an odd fact. By 1820 the Jacobite succession had fallen to the House of Savoy, rulers of the Kingdom of Sardinia, which included the island of Sardinia, Genoa, and the Piedmont, and later the first kings of a united Italy. How could that be? 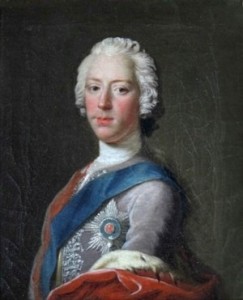 Dynastic relations in the eighteenth century were complicated by the intermarriage of myriad royal and ducal families across Europe. Most of us remember that England deposed James II in favor of his daughters Mary and Anne. Unfortunately, both died without heirs. Things got complicated. The English Parliament passed The Act of Settlement in 1701 providing that the crown would pass to the protestant heirs of Charles I’s sister Elizabeth. The succession of George I of Hanover inaugurated the Georgian Era.  They passed over James II’s son James III, the “old pretender” (by then firmly Catholic), and the Jacobite cause raged in earnest, culminating at the Battle of Culloden.

When James III and his sons, the bonnie prince and the cardinal, died without heirs, their claims passed to the grandson of James II’s sister, Charles Emmanuel, King of Sardinia. Clear as mud? The Jacobite Heritage Web site kindly provides a genealogical chart to explain the succession. 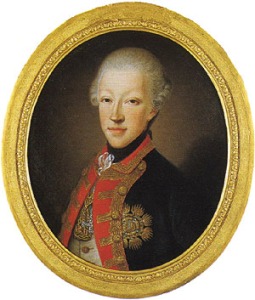 The Sardinian Kings never pressed the claim, as my hero in Dangerous Secrets explains to Nora, his employer and his love. They were however powerful figures and protective of their own rights. Dangerous foes indeed.

The House of Savoy may not have pressed their claims, but others kept track of the Jacobite Succession and still do. The current claimant is Francis, Duke of Bavaria. Jacobite Heritage lists his possible successors to position 119.

← Mary Elizabeth Surratt–Co-Conspirator, Starstruck Fangirl or Helicopter Mom?
When Being Civilized Was Not Enough →

10 thoughts on “After the Bonnie Prince—the Jacobite Succession”