A few weeks ago, I posted an article on Paul Revere, which stimulated a considerable amount of conversation about him on various Facebook pages, among other places. One comment really caught my eye, as someone bemoaned the fact no one ever immortalizes Sybil Ludington. So, of course, I had to plunge ahead and find out all I could about Sybil. What a great story I uncovered.

Sybil was born April 5, 1761, and was the eldest of twelve children born to Henry Ludington and Abigail Knowles Ludington. She grew up in Dutchess County, NY where her father worked as a farmer and a miller. Henry received his military training during the French and Indian War and served as an aide to George Washington at the outbreak of the Revolution. When the Revolutionary War began in earnest, Henry became a militia colonel who commanded the seventh regiment of the Dutchess County militia, a volunteer militia, and whose area of involvement included a route favored by the British and running between upper New York, Connecticut and Long Island Sound.

In April 1777, Colonel Ludington’s troops had disbanded in order to take care of the spring planting. A horseman galloped to the Ludington home one evening with news that Danbury, 25 miles away, was under attack by the British. At the time, Danbury was being used as a storehouse for Continental Army supplies. In addition to destroying Army supplies, any home not deemed loyal to the British was to be set on fire. 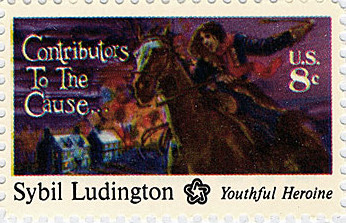 The Danbury messenger had ridden hard and both he and his horse were spent. The Colonel had to find a way to muster his troops, which numbered 400, without leaving his home, where they all would gather. It fell to the oldest child in the family to spread the word.

It’s a bit unclear whether Sybil volunteered or was forced into service by her father, but what is clear is a sixteen-year-old female, riding a work horse, using a man’s saddle and a halter made from hemp, set off on her journey of about forty miles from Carmel to Cold Spring to rouse the men. This part of New York State still contains dangerous and rugged roads, so you can imagine what it was like to cover such ground in the dark, and in the rain, on horseback. Not to mention, she also had to avoid any British soldiers in the area, British loyalists and outlaw bands roaming the area. Paul Revere’s famous ride encompassed only about twenty miles. 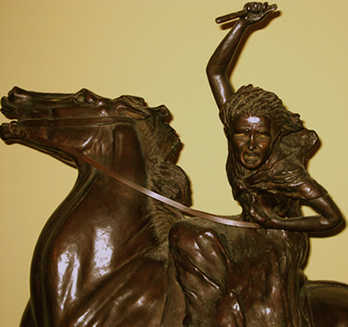 Sybil succeeded in her mission, and by morning the men had all mustered at her father’s home, from where they marched to Danbury, but they arrived too late to stop the carnage. They fought the troops as they left Danbury, and made them pay dearly for the invasion. She was later personally thanked for her service by George Washington himself.

A plaque underneath the statue reads:

“Sybil Ludington—Revolutionary War Heroine, April 26, 1777. Called out the volunteer militia by riding through the night, alone, on horseback, at the age of 16, alerting the countryside to the burning of Danbury, Conn. by the British.”

Sybil Ludington’s infamous ride has been turned into a board game for children, as an exciting way to learn history. Also, each April a 50K ultramarathon following the route takes place, beginning and ending in Carmel. 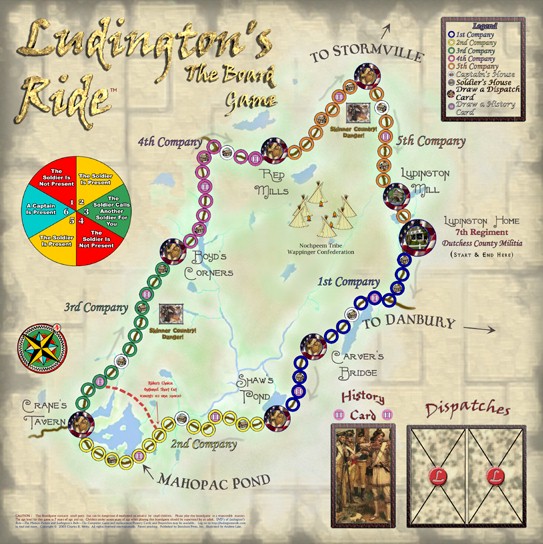 There are also a handful of books on her dangerous ride, geared to both adults and children. One of my personal favorites is Penny Estelle’s Ride of a Lifetime, in which a surly boy is thrown back in time to Sybil’s era, and witnesses firsthand her bravery. 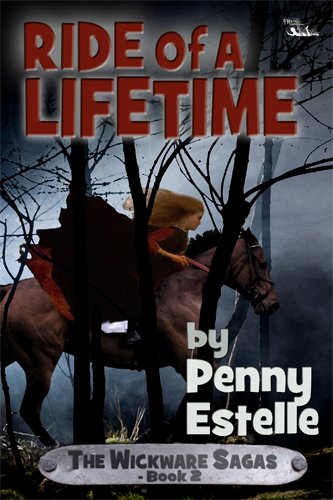 ← Living History: What Is It & Why Is It Important?
Diversity in Upper Canada →

9 thoughts on “The Female Paul Revere”