The Confederacy’s Lost. Now What?

Map of the Americas circa 1860

Have you heard about Americans who are choosing to become permanent expats or giving up their U.S. citizenship altogether? Apparently this is a very small, but growing, trend among those who are disenchanted with life in the United States. Emigration from the U.S. is not, however, a totally new concept. In the aftermath of the American Civil War, upwards of forty thousand Southerners decided they would not live with the terms of Reconstruction and the economic ruin they faced. Instead, they chose to immigrate to countries in Central and South America. While countries like Mexico received their share of disgruntled former Confederates, it is in Brazil that one can say the Confederacy lives on, albeit in a smaller and rather adapted way. Evidence of the exodus nearly one hundred fifty years ago can still be found in the American immigrants’ descendants who are scattered across the face of Brazil. Portuguese first names coupled with Anglo surnames are not unusual among this group. While I do not agree with their ancestor’s choices before or after the Civil War, I find their story fascinating.

Between 1866 and the late 1870’s, it is estimated that over twenty thousand persons left their homes in the Deep South for Brazil, many never to return. The question of why so many stayed can be answered simply. Emperor Dom Pedro II’s Brazil offered them something that even the fertile topsoil and extremely low cost or free land in the American West could not: an imagined chance to recreate the society and culture of the prewar South. Eugene C. Harter in his monograph, The Lost Colony of the Confederacy, states it this way. “Their plan was to isolate themselves and set up communities that treasured Southern ways – a confederacy of the mind.” (Harter, 22) They came to be known simply as the Confederados. 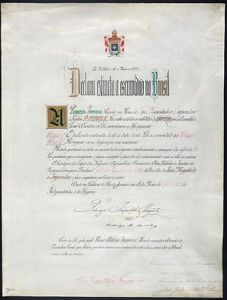 Despite the pleas of former Confederate leaders Jefferson Davis and Robert E. Lee to remain and rebuild the South, certain determined former Confederates set about planning the logistics of immigration. They took various routes away from the country they had once called home, but they all had the same destination and goal. Some simply booked passage and took their chances. Others took a more organized path. They formed prospective colony organizations and sent emissaries to Brazil to reconnoiter and make contact with government officials. What they found was a country with large tracts of uninhabited, arable land, a culture founded on a system of agrarian aristocracy similar to their own pre-war society, and less strife over slavery due to the graduated, systematic abolition policies enacted by the Brazilian government. As of 1871’s Law of the Free Womb, children born to slaves were born free citizens of Brazil. In 1888, Emperor Dom Pedro II signed the Lei Aurea (Golden Law) abolishing slavery forever.

The language and religious differences seemed to matter little or not at all. In addition to the appeal of Brazil’s natural resources, Emperor Dom Pedro II did much to ease the way south. Immigration offices were established in the embassy in Washington, D.C. and the consulate in New York City. Officials met with prospective settlers, describing the wonders of Brazil and all that the land and the government would offer in exchange for the newcomers’ labor and expertise, especially those skilled in agriculture. The emperor went so far as to subsidize their ship passage and provide free temporary housing upon their arrival.

When they disembarked at Rio de Janeiro, marching bands and festivities greeted the new arrivals. They were then ushered into spacious quarters in the Emigrant Hotel, a.k.a., Government House or Casa de Saudé. Casa de Saudé was an old mansion pressed into service that had probably seen better days, but the dairies of several immigrants describe a feeling of considerable luxury. The expansive grounds contained vine covered arbors with marble benches beneath, large marble fountains, wide sweeps of lawn, and beds of brightly colored flowers. Elegant papers, frescos, and gilding covered the walls and ceilings of the interior. In what must have been marked contrast, the bedrooms were furnished with simple iron beds and washstands, all painted green. As unusual as the food must have seemed, there was plenty of it. One immigrant wrote in her diary, “. . .we had reached a place of rest among kind, generous people, who gave us a welcome we did not expect. . .” (Harter, 37) 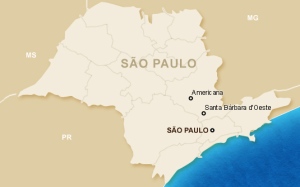 Despite the warmth of their new nation’s welcome, some found the changes unendurable and returned to the States. Those who remained in Brazil went on to establish farms, towns, colonies, and traditions that can still be observed today, especially in and around the small city of Americana. In the September/October 2008 edition of Garden and Gun magazine, Gary Hawkins wrote about his trip to Santa Barbara D’Oeste in Sao Paulo state. He describes an annual fundraiser hosted by the Fraternidade Descendêcia Americana in aide of the maintenance fund for the Cemitério do Campo, the old Confederate cemetery where original Confederado colonists are buried. Initially, it must have been a fairly surreal experience to find folks “. . . drinking beer, eating barbecue, and listening to [Lynyrd] Skynyrd on the PA.” (Hawkins, 98) The Festa Confederada was described as a “ . . . cross between a low-key country fair and a formalized picnic.” (Hawkins, 98)

The feeling of being in a strangely familiar yet alien world didn’t last long. The author describes how quickly he felt at home once he reached the food service tent. And what Southerner wouldn’t? Frango frito (fried chicken), salada repolho (coleslaw), and pudim de banana (banana pudding) featured prominently on the menu. In addition to the food tent, an assortment of booths purveying all manner of bric-a-brac edged the grounds as they would at any American county fair. There was a unified theme among the offerings, however. Every item, from mugs to belt buckles, was festooned with Confederate symbols and colors. The Confederate Battle Flag (a.k.a., The Stainless Banner) was on display in force. The Festa even had a Miss Confederada pageant where young ladies dressed in antebellum ball gowns competed under the banners of the original Confederate states. Young men dressed in Confederate gray uniforms complete with yellow dress sashes escorted the girls onto a stage floor covered with a giant, painted Confederate flag. The flags of the original Confederate states carried by the escorts completed the picture. Strains of “Dixie”, “The Yellow Rose of Texas”, “Stars Fell on Alabama”, and “Georgia on My Mind” floated proudly across the Compo that day.

The diaries of the first Confederados reveal a group of people who were determined to preserve their culture and pass it on to their descendants. The Compo’s little Confederado museum containing revered objects brought from the defeated South, portraits of the early settlers, and a life sized portrait of Robert E. Lee, and the present day Festa celebrations show that their dream has been fulfilled, but with a uniquely Brazilian twist. Who can say whether it ever occurred to those original Confederados that their great, great grandchildren would speak Portuguese as their first language and from the second generation onward embrace Brazilian culture as their own, including the value that is placed on racial equality? 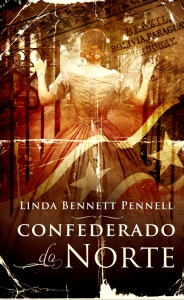 Learning about the Confederados stirred my imagination and my second published novel, Confederado do Norte, is the result. It tells the story of a child torn from her home in Georgia and thrust into the primitive Brazilian interior where the young woman she becomes must learn to recreate herself in order to survive.

Casa dos Norris, one of the first Confederado families 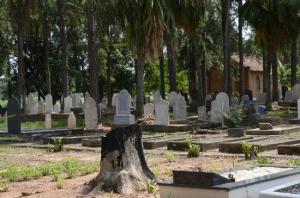 Names of original Confederado families on base of memorial obelisk

A Youtube video of present day Confederado descendants explaining their views on their heritage:

← Why Fiction: History, Politics, and Real Human Costs
In Observance of Memorial Day →

3 thoughts on “The Confederacy’s Lost. Now What?”