The American and Italian Mafia organizations may be separate entities today, but they share common roots planted deeply in the soil of southern Italy. It is their Sicilian roots that are the subject of today’s post.

Located at the toe of the Italian boot, Sicily has always been vulnerable to invasion and conquest. The Romans came, saw, and conquered in 241 BC, the Arabs in 826 AD, the Normans in 1000 AD, and the Spanish in 1300 AD. While each conquest brought its own particular influences, they all had one thing in common: the imposition of an unequal and/or questionable system of justice laying the groundwork that led Sicilians to band together into groups, for better or worse, that meted put their own forms of justice.

Prior to the Roman conquest, Sicily was a collection of isolated, rural communities dependent mainly on subsistence farming for their survival. The Romans brought with them their buildings, economic system, and their system of justice. Justice under Roman rule took on a feudal aspect, and while having no direct link to the Mafia’s founding, it established the norm of a hierarchical social structure from which the Mafia would one day emerge. Under this system, justice became uneven and inconsistent because one’s level of power, social standing, and location determined how much justice one might expect to receive.

With each successive invasion, Sicilians adapted to the conquers’ social structure, norms, and system of justice. During the Arab period, the concept of internal justice and the subordination of women rose in prominence. Instead of establishing authorities to deal with crime and punishment, justice devolved to the individual level whereby aggrieved parties settled their scores through vengeance and personal retribution. Once again, there is no direct link between the Arab occupation and the Mafia, but their influence on Sicilian society remained long after they were ousted by the Normans.

Depiction of the Norman Invasion of Sicily

With the Normans, the feudal system of vassals and overlords laid down by the Romans intensified and the justice meted out became even more inconsistent based as it was on the whims of whoever happened to hold power in a particular region of the island. Rather than report wrongdoing to authorities, lowly subjects dealt with crimes in their own ways through small groups and the family. Their lord’s ability to see justice done in a fair and evenhanded manner was not to be trusted. The family became the most important social structure for the ordinary individual.

The conquest by Spain in 1300 ushered in yet another overlay of foreign cultural norms and outside control that was to last until 1860 when Garibaldi wrested Sicily from the Spanish in his drive for a unified Italy. In considering the period of Spanish occupation, one might make an argument for actual foundational links between Spanish domination and the emergence of nascent Mafia-style groups. The Sicilians had a compelling reason in forming secret societies for the Spanish brought with them their most infamous export: the Inquisition. In addition, unlike the Arabs who at least brought literature and the arts when they invaded, the Spanish censored outside communication so that while the Renaissance flourished in mainland Europe under Italy’s leadership, Sicily languished is a desert of ignorance and external domination.

During the Spanish period, another evolution in societal structure primed Sicily for the eventual advent of the true Mafia. Powerful landlords, much like their counterparts in Scotland, chose to desert their holdings and the peasants that lived on them to reside in cities like Palermo. These absentee landlords appointed overseers, or gabelloti, to keep order, collect taxes, and generally manage the land and its people. True to later Mafia organizational hierarchy, the powerful local overseers passed their responsibilities on to underlings who actually came into contact with the populous. These men performed their duties with the aid of armed, mounted troops, known as campieri,  who enforced the will of the overlord through violence and intimidation. One can easily predict where this would lead. 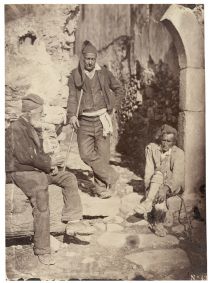 Chaffing under this system, certain elements of society sought to oust their rulers through violence, thievery, and murder. Gangs of bandits formed with members bound by oaths of secrecy. Layer over all of this the graft and corruption that evolved and grew within the governmental and judicial systems and Sicily became ripe for the birth of secret brotherhoods that would eventually control and manipulate most aspects of life on the island, albeit through intimidation, murder, and terror. By Garibaldi’s 1860 unification efforts, what we recognize as the Mafia, or La Cosa Nostra, was in charge. It had infiltrated the government and the judicial system and controlled elections with the knowledge and support of the upper and middle classes. While Sicilians may have endured intimidation and terror, the system of secret brotherhoods controlling life was one they had developed for themselves in the face centuries of foreign occupation. And the Sicilians did not welcome the latest invaders anymore than they had their predecessors. The new Italian central government had such difficulty in establishing their authority in Sicily, it is believed that Rome ultimately engaged the Mafia’s assistance. Such was the influence and control of La Cosa Nostra. 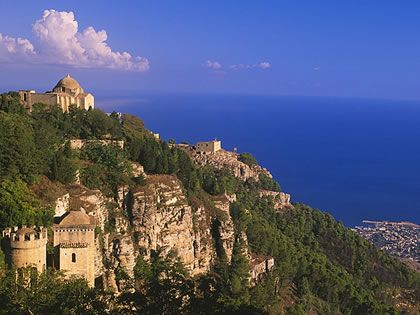 ← The Prince of Fraud
The Appalachian Trail →