Frances Waldegrave is a lady-in-waiting and friend to Mary I in Queen of Martyrs. Her husband, Edward, was a staunch supporter of Mary, serving on her privy council and in other important roles during her reign. After Mary’s death, Edward was sent to the Tower for practicing Catholicism. Edward did not survive long within the Tower, but Frances ensured the survival of their children with exile to the Continent.

SW: Hello, Frances. Let’s start with learning when and where were you born.

FW: I was born in the tenth year of the reign of King Henry VIII. This was long before his ways turned tyrannical, and I had a charmed childhood on my father’s estate in beautiful Kent. My dear father was proud to serve his king, but no amount of loyalty could save him once Tudor’s suspicions fell upon him and his cousin. Everything changed for my family when my father was executed in 1538. I was not yet twenty years of age when I learned that being close to the crown can be both blessing and curse.

SW: What influence did these events and your family’s history have on your life going forward?

FW: My father’s fate and my mother’s strength through the tragedy taught me to hold onto my faith, for it is the one constant in our lives. I also learned to grasp onto joy and happiness as it comes, as we never know how long it may last. My Edward and I had that in common and it added harmony to our marriage. As a part of Queen Mary’s household, we were able to live according to our beliefs even as the world around us fell into heretical ways.

SW: What was it like to serve Queen Mary?

FW: At first I was a bit nervous about serving a monarch as my father had done, but I quickly learned that Mary’s character was nothing like her father’s. She shared my devotion to the true faith and was dedicated to seeing our beloved land restored to Rome. My Edward was passionate about serving her, even before she became queen, and I soon discovered that his trust in her was well placed. Though physically fragile and often disappointed by fate, Queen Mary demonstrated great love to those closest to her.

SW: Do you believe that women are the weaker sex?

FW: That depends on just what you mean by that. Women are strong when it comes to bearing our babes and watching our men march off to war. I might not be able to wear armour and ride into battle the way the men do, but I had to be braver than I thought I could be when my Edward was imprisoned, first by King Edward and then by Queen Elizabeth. His death in the Tower was almost my undoing, yet here I am. Neither men nor women are weak, but we face different challenges.

SW: What person do you most despise?

FW: An easy question to answer that is, much to my shame. God tells us we must forgive in order to receive his forgiveness, but I do not know if I can ever forgive that bitter shrew, Elizabeth, for stealing away the last years of my Edward’s life and forcing my children into exile. She has undone all the good done by her sister and taken away our mass, and I can never erase the vision of my sweet husband rotting away in the Tower by her command.

SW: What do you think Mary could have done differently?

FW: Ah, would that we could all go back and fix our mistakes, yet that journey is what makes us who we are. God knows what he is doing when he sends us through trials and tribulation, but few went through more than dear Mary. How I prayed that her heartache was over when she became queen! If she had been able to bear a child, perhaps . . . but there was nothing she could have done about that. I do sometimes wonder if she would not have found greater happiness with Cardinal Pole than Prince Philip, but it is not for me to judge who God places together. I wish that Mary could have enjoyed a bit of the happiness that I shared with my Edward.

SW: Do you have any regrets?

FW: Is there a soul on earth who does not? My greatest regret is not convincing Edward to flee England the moment our good Queen Mary died. He was certain that we could believe Queen Elizabeth’s lies about allowing people to worship as each saw fit and that he could continue to serve her as he had sweet Mary. Never has a man been more wrong. It was a blessing that dear Susan Clarencieux took our girls with her to Spain, but how I wish that Edward and I had the insight to join them.

SW: Describe your life in a perfect world.

FW: Who am I to question the life that I have been given? Of course, I wish I had been given many more years with Edward, and I would have had them too if Mary had not died when she did, for she was always good to us. But, that was not my fate, and I thank God for what he has given me.

SW: Do you see possible peace between Catholics and Protestants?

FW: I just do not know. The world is changing, and people are no longer united in faith the way they once were. The true faith remains under attack, despite the efforts of our Queen Mary and the good Archbishop Pole. I just don’t know. I must trust the future to God. That is all any of us can do. 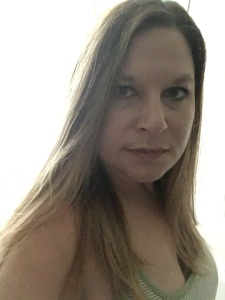 Samantha Wilcoxson is the author of the Plantagenet Embers Trilogy. An incurable bibliophile and sufferer of wanderlust, she lives in Michigan with her husband and three teenagers.