Murder in the Time of Robber Barons, Part I: The Scattered Dutchman and the Birth of Yellow Journalism

For the next few posts, we will peek behind the Gilded Age curtain of exquisite manners, astounding wealth, and prescribed behavior and take a look at some of the folks who broke the rules, not to mention the law and the Sixth Commandment.

It has been billed as the crime of the century, one that set off a circulation war between two Gilded Age New York tabloid behemoths. When the remains were first discovered, it was thought that perhaps medical students had been careless in disposing of the detritus from an anatomy investigation; however, that theory was soon discarded for the truth was much darker.[1] 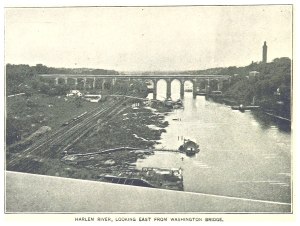 On a Saturday afternoon, June 28, 1897, Julius Meyer and his two sons were on a berry hunting outing along the Harlem River when the boys noticed a largish package wrapped in heavy manila paper and tied up with heavy wrapping twine. Being curious, they went to investigate but were soon put off by the foul odor emanating from the package. While their father stood watch over the package, the boys ran for help. Policemen Andrew Brunner and Thomas Farley returned with the boys and immediately tore open the package. Beneath the manila paper, they found oilcloth. Beneath the oilcloth lay the abdomen and upper thighs just below the hip joints of an adult male.[2]

The upper torso, extremities, and head were missing, but the whereabouts of the victim’s missing body parts did not remain mysteries for long. Bits and pieces of the victim turned up all around the city. Although the connection was not made until after the coroner’s examination, the upper torso and arms had been found the previous day by boys playing on the E. 11th Street docks. The legs turned up in the in the backwaters of the Brooklyn Navy Yards. All of the body parts were wrapped in the same red and gold diamond patterned oilcloth and tied with window shade cord. With all remains except the head, the coroner pieced together his grisly puzzle. The body was that of a well built, muscular male who received mortal wounds prior to being dismembered. Without the head, it seemed the investigation would spiral into a cold case and the perpetrators might never be brought to justice. 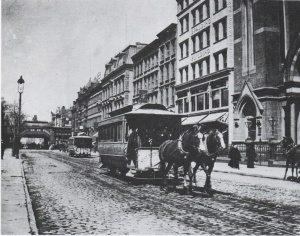 In the Murray Hill Turkish Baths on E. 42nd Street, some of the employees became concerned when a fellow masseur, or “rubber,” failed to show to work for several days. The men visited the city morgue and identified the remains as being those of their colleague William Guldensuppe, an immigrant from The Netherlands. Despite the head not having been located, the men made the identification based on an injury to one finger and the location of an injury to his arm where a tattoo had been cut away. These matched what they knew of their friend, having daily seen him shirtless as they worked together for many months.

In identifying their friend, the masseurs also divulged the location of his lodgings at 339 5th Ave. that he shared with Mrs. Augusta Nack, a midwife. The police discovered that the couple also had recently shared the home with Mr. Martin Thorn, a barber. Mrs. Nack was taken into custody and questioned about Guldensuppe’s whereabouts. She  answered that she neither knew nor cared. During the course of the investigation, information was provided by John Gotta, also a barber, led to a break in the case. Gotta told police that Thorn had told him the following tale.

“I [Thorn] roomed in Mrs. Nack’s house and when Guldensuppe was absent she made love to me. One night Guldensuppe came home and found me in her room. We had a fight and I was so badly punished I had to go to the hospital. I then moved to Third Avenue and Twenty-First Street where Mrs. Nack used to visit me clandestinely. She often gave me money and expressed a desire to leave Guldensuppe and live with me.

On June 22, I saw an advertisement in the paper announcing that a cottage was for rent at 346 Second’ Street, Woodside, Long Island; so Mrs. Nack and I inspected it on June 24, and after deciding to rent it, we paid $15 down to a Mr. and Mrs. Braun.

I was determined to get even with Guldensuppe, and I purchased a pistol and stilletto for that purpose. The next day, June 25, Mrs. Nack persuaded Guldensuppe to look at the ‘new house,’ and when he entered the building I was hid behind the door. At the first opportunity I shot him in the back of the head. We then threw him in the bathtub, and while he was breathing heavily, I cut off his head with a razor, and stripped his body. 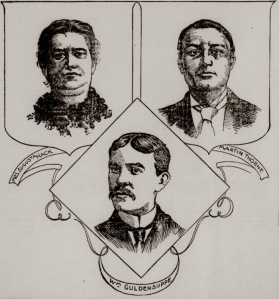 Further investigation revealed that Nack and Thorn were indeed the couple who rented the Long Island house and that Nack had purchased the supplies used to wrap the dismembered body. In the house, police found a carving knife, saw, and pistol with human blood on each. In addition, it was discovered that Thron had once studied to become a surgeon while living in Germany.

While the Guldensuppe murder may have been the most gruesome, it was far from the only homicide committed that year. There were 98 arrests related to murder in New York City in 1897.[5]  What set the Guldensuppe case apart was the interest it stirred among two tabloid 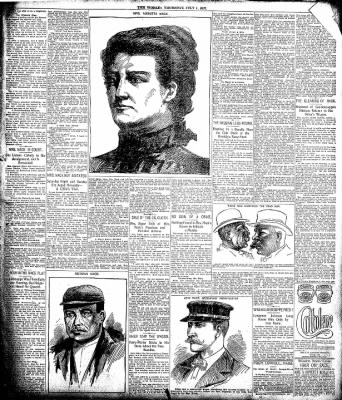 giants of the period, William Randolph Hearst’s upstart New York Journal and Joseph Pulitzer’s more established New York World. The Journal had expensive, up-to-the-minute printing capabilities, including color graphics, which Hearst used to challenge his rival for supremacy in the New York tabloid market. The two moguls entered into a circulation war by offering competing rewards to the public for any information pertaining to the case. Hearst hired investigators to try to locate the missing head. His reporters were the first to locate where Nack had bought the oilcloth. Increasingly lurid headlines whipped up the public’s appetite for any information about the crime and caught the attention of foreign newspapers.

Venerable publications like the New York Times watched in dismay as the tabloids’ circulation numbers soared. The Times and her respected sisters dubbed this new form of communication “yellow journalism.”  Professional journalists may have decried the sensationalism employed by the World and the Journal, but the public loved it. Hearst’s philosophy was not to simply report the news, but to create it. News had become entertainment and we are still experiencing the effects of that revolution today. Less than a year later, Hearst would bring his vision into full bloom with the part the Journal played in bringing about the Spanish American War.

As for Nack and Thorn, they were convicted of first degree murder. Mrs. Nack confessed, but claimed migrating circumstances due to Guldensuppe’s many sexual relationships with other women while expecting her to remain faithful. She was sentenced to 15 years in prison. Thorn refused to talk and was sentenced to death by electrocution. Guldensuppe’s head was never found. 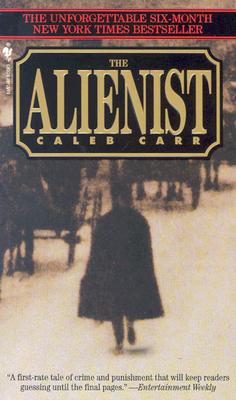 All That Glitters Due for Release August 5, 2020 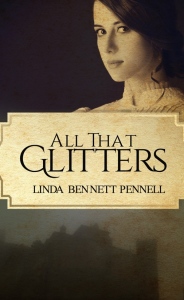 Becoming governess to a difficult child in a robber baron’s eerie mansion on the Georgia coast is not the life Sarah Anne had envisioned. The cultural clashes between her rural southern upbringing and that of the wealthy northern family send her reeling, but she is determined to be a success. She needs this job for all other doors have closed.  Complicating her position are two young men of the family who vie for her attention, engendering emotions that she fights but cannot quell.

With patience and kindness, Sarah Anne breaks through the emotional wall with which her student has surrounded herself. But as her understanding of the family dynamic grows, Sarah Anne comes to realize there may be very good reasons for the child’s troubling behavior. Something is not right within Ripon House. Is the child mentally unbalanced as the father claims or is the family determined to protect a sinister secret no matter the cost? 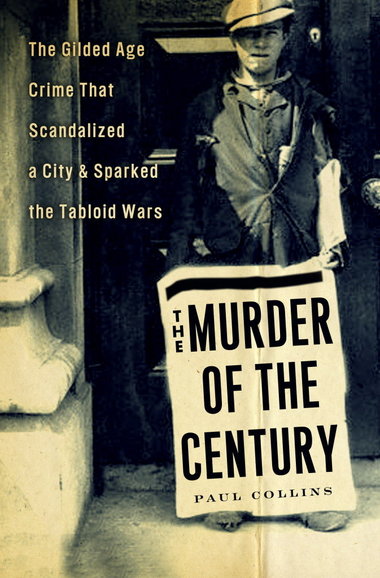 The Fiendish Murder of William Guldensuppe, 1897

5 thoughts on “Murder in the Time of Robber Barons, Part I: The Scattered Dutchman and the Birth of Yellow Journalism”