Of Visions and Dragons 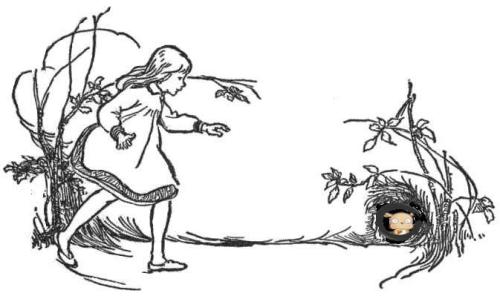 One of the curses for authors of historical fiction often occurs during the search for details related to our current works-in-progress. We love history and we love research. We are curious about the past, especially unusual events or lesser known facts about well-known historical figures. We stumble across these interesting tidbits in the most unexpected places. All of this is to the good until we find ourselves chasing rabbits that are unrelated to our original purpose. I can attest to having spent hours in pursuit of historical trivia. This off-task behavior is loads of fun, but it doesn’t get the work done!

In chasing a particular rabbit not long ago, I was reminded of an English poet whom I have long admired. Although he is now considered among the greats of British literature, he was largely ignored, occasionally reviled, during his lifetime. He certainly never achieved the acclaim of some of his contemporaries. He was a poet, painter, and printmaker. He was a deeply devout Christian who was at war with conventional religion for much of his life. Although baptized, married, and buried by the rites of the Church of England, his beliefs were far from C of E orthodoxy. His republican political views were considered dangerously radical for the time. His contemporaries thought him eccentric at best; some thought him mad. Most simply ignored him, paying little to no attention to his work. He died in poverty.

Perhaps as a student, you encountered or even had to memorize his most famous poem. I believe most people will recognize its opening and closing stanza:

Tyger, Tyger, burning bright,
In the forests of the night;
What immortal hand or eye,
Could frame thy fearful symmetry? 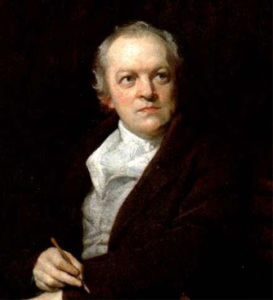 I write, of course, of William Blake (1757-1827).
Born to a family of modest means, Blake showed an unusual gift early in life. At age four, he declared that he had seen God’s “head in the window.” At nine while on a stroll in the countryside, he saw angels in the canopy of a tree. At some point in childhood, he claimed to have seen the prophet Ezekiel sitting under a tree. His parents reprimanded him for “lying,” but were wise enough to realize he was not like other boys. Rather than send him to school, his mother conducted his education at home. That he believed he experienced visions may have had some relationship to his mother’s early membership in the Moravian Church during its most spiritually fervent period. Whatever the truth, it is clear that Blake believed his visions were real, that they continued into adulthood, and that they had a great influence on his poetry and art. He said as much in his conversations and letters.

Blake wrote to his patron William Hayley in 1802, “I am under the direction of Messengers from Heaven Daily & Nightly.”… As he wrote in his “Auguries of Innocence,” his purpose was

To see a World in a Grain of Sand
And a Heaven in a Wild Flower
Hold Infinity in the palm of your hand
And Eternity in an hour.

He was, he wrote in 1804, “really drunk with intellectual vision whenever I take a pencil or graver into my hand.” Blake’s wife once said to his young friend Seymour Kirkup, “I have very little of Mr. Blake’s company; he is always in Paradise.”[1]

He is probably best remembered for his early Romantic Period poetry, but he was also an artist of notable ability. Like his writings, his art was not recognized for its importance in his lifetime. Probably the best known of his works is the Great Red Dragon series. These watercolors are based on passages from the Book of Revelation where Satan is described as an enormous red dragon.

The following are the related passages from the King James translation.

The Great Red Dragon and the Woman Clothed in the Sun

And there appeared a great wonder in heaven; a woman clothed with the sun, and the moon under her feet, and upon her head a crown of twelve stars: And she being with child cried, travailing in birth, and pained to be delivered. And there appeared another wonder in heaven; and behold a great red dragon, having seven heads and ten horns, and seven crowns upon his heads. And his tail drew the third part of the stars of heaven, and did cast them to the earth: and the dragon stood before the woman which was ready to be delivered, for to devour her child as soon as it was born.

The Great Red Dragon and the Woman Clothed with the Sun

Therefore rejoice, ye heavens, and ye that dwell in them. Woe to the inhabiters of the earth and of the sea! for the devil is come down unto you, having great wrath, because he knoweth that he hath but a short time. And when the dragon saw that he was cast unto the earth, he persecuted the woman which brought forth the man child. And to the woman were given two wings of a great eagle, that she might fly into the wilderness, into her place, where she is nourished for a time, and times, and half a time, from the face of the serpent.

And the serpent cast out of his mouth water as a flood after the woman, that he might cause her to be carried away of the flood. And the earth helped the woman, and the earth opened her mouth, and swallowed up the flood which the dragon cast out of his mouth. And the dragon was wroth with the woman, and went to make war with the remnant of her seed, which keep the commandments of God, and have the testimony of Jesus Christ.

The Great Red Dragon and the Beast from the Sea

And I stood upon the sand of the sea, and saw a beast rise up out of the sea, having seven heads and ten horns, and upon his horns ten crowns, and upon his heads the name of blasphemy. And the beast which I saw was like unto a leopard, and his feet were as the feet of a bear, and his mouth as the mouth of a lion: and the dragon gave him his power, and his seat, and great authority.

And it was given unto him to make war with the saints, and to overcome them: and power was given him over all kindreds, and tongues, and nations.

The Number of the Beast Is 666

And I beheld another beast coming up out of the earth; and he had two horns like a lamb, and he spake as a dragon. And he exerciseth all the power of the first beast before him, and causeth the earth and them which dwell therein to worship the first beast, whose deadly wound was healed.

Here is wisdom. Let him that hath understanding count the number of the beast: for it is the number of a man; and his number is Six hundred threescore and six.

Of his work, my personal favorite is the poem popularly known as “Jerusalem.” Rather than standing alone, it is actually the preface to a larger work, Milton: a Poem in Two Books. In 1916, Sir Hubert Parry used the poem to create the hymn “Jerusalem,” which is now considered England’s second national anthem. Although surely apocryphal, I have always found charming the legend that during the “missing years” of His life, a young Jesus accompanied his kinsman, the tin merchant Joseph of Arimathea, to Glastonbury in England.
The poem’s text is followed by a recording of Parry’s hymn and a link to a brief analysis:

And did those feet in ancient time,
Walk upon Englands[b] mountains green:
And was the holy Lamb of God,
On Englands pleasant pastures seen!

And did the Countenance Divine,
Shine forth upon our clouded hills?
And was Jerusalem builded here,
Among these dark Satanic Mills?

I will not cease from Mental Fight,
Nor shall my Sword sleep in my hand:
Till we have built Jerusalem,
In Englands green & pleasant Land.

The Hymn Jerusalem sung the last night of the Proms in London, September 13, 2011
Click here for a brief analysis of the poem.
Oddly, Blake has not been a subject that authors found interesting enough to put into their fiction. There seems to be only one work of historical fiction featuring Blake and one novel written some 20 years after his death. I can find no evidence that the Rev. W.E. Heygate’s William Blake: the English Farmer (London: John Masters, 1848) is still in print or readily available in any form. The other novel, Peter Carter’s The Gates of Paradise (London: Oxford University Press, 1974) is available in hardback on Amazon. 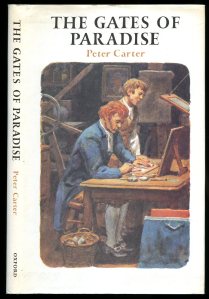 ← Science and Heroism: Petite Curies at War
Civil War Spies and the Rise of the Pinkerton Agency →

5 thoughts on “Of Visions and Dragons”