This week, we celebrated the anniversary of the signing of the most influential document in the United States, and possibly, the world. On September 17, 1787, America’s founding fathers signed the Constitution that formed the framework of our government. This bold idea of a country governed by its people did, among other things, recognize the fact that all who are born in the United States, or by naturalization, are citizens of this country and are entitled to a life of liberty and the pursuit of happiness.

The Constitution established the fundamentals of America’s government and fundamental laws that confirmed basic rights for its citizens. It is the supreme law of the land and all other laws are measured against it. The thought behind the Constitution was it was to perform as a national government that could not be challenged by an individual state.

Image courtesy of the National Archives and Records Administration.

The Constitution laid out a plan for the three branches of our government–the executive, legislative and judicial, which provides a system of checks and balances. The Bill of Rights was later added to the Constitution, which established basic individual human rights, including freedom of speech.  This balance of power is what makes our system of government unique and is the main strength of the document and America’s form of government.

As James Madison, father of the Constitution and one of our nation’s founding fathers, stated, “Ambition must be made to counteract ambition.”

What made this Constitution so unique is it embodies an idea that had never been tried before. It recognized the rights of the people to govern themselves and that the people could then grant rights to the government.  The people were endowed by their creator with certain unalienable rights. That statement set forth the path of this new nation. It provides a basic framework for governing, and is adaptable to political conditions and circumstances. It avoids the organization of a dictatorship,

Our founding fathers believed that a government made up of imperfect people exercising power over others should have only limited powers, hence the limits of power were put in place through the three branches of government keeping a check on each other.  This comprised the unique idea that has formed our country, our Constitution, and our way of life.  The cause of individual freedom and limited governmental power is something that needs to be guarded with vigilance in order to be preserved.

Our nation’s founding fathers, were for the most part, men under the age of forty, who were passionate about wrestling freedom from the hands of the British. It was definitely a young person’s cause. At the time of the signing of the Declaration of Independence in 1776 Alexander Hamilton was 19, Aaron Burr was 20, Gouverneur Morris was 24. The oldest were Benjamin Franklin, 70, and Samuel Whittemore, 81. 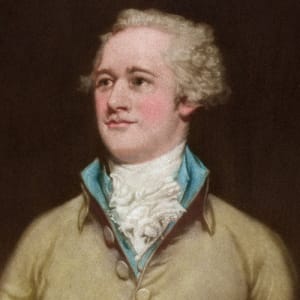 Some of the provisions in the Constitution and its Amendments don’t quite work in today’s world, but it must be realized that this document was drawn up following the Revolutionary War. The right to form a militia, or for women and people of color to not have representation, are antiquated notions that were remedied in part by the various amendments, but still are invoked in some quarters today. Amendments have been few and are difficult to create and get added. There is also some vagueness about the powers of each branch of government, which threatens the boundaries of the framework constantly. But this unique form of government of the people, by the people, and for the people has endured for 232 years, and hopefully will be embraced by future generations and last another 232. Perhaps we should all, elected officials and citizens alike, take time this week to read the Constitution and think about the gift our founding fathers gave us.

Becky Lower has been writing about America’s Revolutionary War for nearly a year now. She has 1-1/2 manuscripts nearly ready to show a publisher and can’t wait for these rollicking good books to see the light of day. The Revolutionary War was definitely a young person’s cause. Today’s Congress has many men and women who are well beyond the age of retirement. But there is hope, since the Climate Crisis and gun control issues are being spearheaded by a younger generation. You can perhaps get a glimpse into Becky’s Revolutionary War books by visiting her blog at http://www.beckylowerauthor.blogspot.com

← From Party Drug to Medical Miracle
Science and Heroism: Petite Curies at War →

5 thoughts on “We the People”