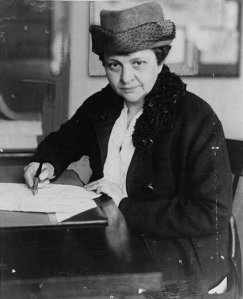 In a time when women of the middle and upper classes were expected to spend their time within the home and women of the lower classes slaved brutally long hours in deplorable, often dangerous conditions, Frances Perkins stands out for her choice to set a very different course. In doing so, her impact is still felt today.

Born Fannie Coralie Perkins on April 10, 1880 in Boston to upper-middle class parents, Frances, as she legally chose to be called as an adult, enjoyed opportunities denied many of her contemporaries. When she was two, her father moved the family to Worcester where he opened a successful stationary business that is still in operation today. Frances’s parents must have had a progressive view of what a woman’s life should be because they provided her with an excellent education, including the expectation of a college degree, and instilled in her an understanding that she was to “live for God and to accomplish something in life.” After graduating from the predominately male Worcester Classical High School, she enrolled in Mount Holyoke where she majored in physics and minored in chemistry and biology. It would have been understandable, albeit unusual for the time, if she had sought a career in research, but a course in American economic history in the final semester of her senior year changed the course of her focus and her life. Her professor, historian Annah May Soule, required her students to visit mills in the area around the college and to observe the working conditions. 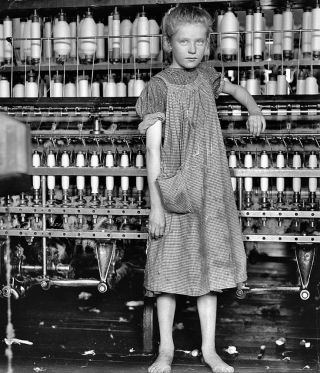 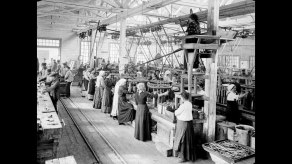 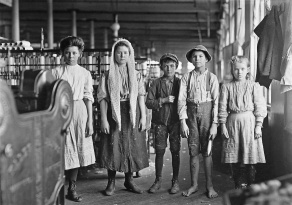 That experience informed the remainder of her working life. Of what she saw in the mills, she would later say, “From the time I was in college I was horrified at the work that many women and children had to do in factories. There were absolutely no effective laws that regulated the number of hours they were permitted to work. There were no provisions which guarded their health nor adequately looked after their compensation in case of injury. Those things seemed very wrong. I was young and was inspired with the idea of reforming, or at least doing what I could, to help change those abuses.”[1] 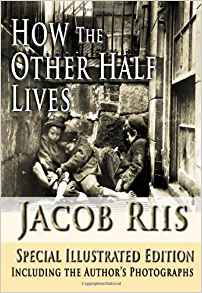 Instead of coming home to a teaching position until she married as her parents expected, Frances sought positions in social work, but she was unsuccessful. That did not dampen her desire, however. She studied on her own by reading articles and books on the subject such as John Riis’s How the Other Half Lives. Ultimately, she accepted a teaching position in Lake Forest, Illinois. The move was marked by two additional displays of independence. She abandoned the long held Congregationalist tradition of her family for the Episcopal Church and legally changed her name to Frances. While living in the Chicago area, she volunteered at two of the oldest settlement houses in the nation, Hull House and Chicago Commons. Of her time there, she had this to say, “I had to do something about unnecessary hazards to life, unnecessary poverty. It was sort of up to me. This feeling … sprang out of a period of great philosophical confusion which overtakes all young people.”[2]

Having found her calling, Frances accepted a position with Philadelphia Research and Protective Association, a philanthropic organization that worked to keep immigrants and black women newly arrived from the South from prostitution. She continued her education at the University of Pennsylvania’s Wharton School where she studied sociology and economics.

Moving to New York, she gained a fellowship at the New York School of Philanthropy and earned a Masters Degree in sociology and economics at Columbia University. Her Master’s thesis came out of her work for the NYSP for which she investigated malnutrition among the schoolchildren of Hell’s Kitchen. Her studies certainly informed her career choices, but it was a horrendous tragedy on March 25, 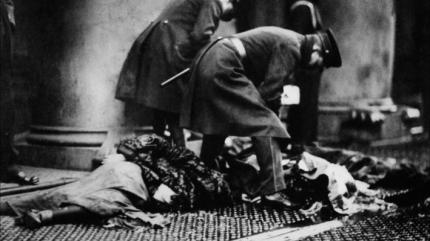 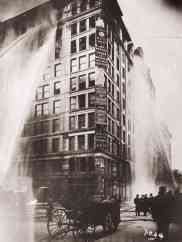 1911 that sealed her destiny. On that fateful day, fire engines screaming through the city drew crowds, Frances among them, to one of the worst industrial disasters of the period, the Triangle Shirt Factory fire. Witnesses watched in horror as young women jumped to their deaths rather than burn alive in a factory where the exit doors had been locked to prevent the workers leaving without permission. 146 workers died that day, including 47 of whom jumped from the building’s 8th and 9th floors. Frances was to later say that the Triangle fire was the day the New Deal was born.

Invited to join the Commission on Safety that formed in the wake of the fire, Frances became involved in politics for the first time. The work of the Commission resulted in some of the most comprehensive and important labor legislation of the early 20th century. The Commission’s work proved a turning point in American attitudes toward social responsibility.

During all of this frenetic activity, Frances found the time to fall in love. In 1913, she married New York economist and secretary to the city’s mayor Paul Caldwell Wilson. Because of her political actives and the nature of her work, she kept her maiden name, but she had to fight in court to do so. The couple had a daughter, Suzanna, in 1916. Sadly, Wilson’s mental health began to decline and he was in and out of institutions for the remainder of his life. Although Frances initially opted to care for her daughter herself and so retired from public life after the birth, her husband’s inability to work sent Frances back to work to support the family.

Thereafter, Frances worked on political causes, including women’s suffrage, and to elect those she deemed worthy. Her work for New York Governor and failed presidential candidate Al Smith ultimately led to a position with Franklyn D. Roosevelt when he replaced Smith as governor. FDR appointed her the state’s Industrial Commissioner and together, they sought ways to deal with the rising unemployment rates. She soon developed a national reputation for her work. 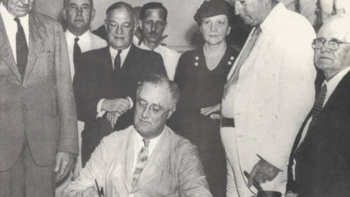 When FRD was elected president in 1932, politics might have moved on and left Frances behind, but it was not to be. In 1933 in a first of its kind move, FRD asked Frances to be his Secretary of Labor. She accepted and became the first woman ever to serve in a presidential cabinet and remained as one of only two cabinet members who served for the entirety of FDR’s presidency. In her position, she was instrumental in conceiving, forming, and implementing the New Deal policies, including Social Security. After FDR’s death, Frances retired to private life to write a biography of the president and serve as the American delegate to the 1946 International Labor Organization in Paris.

In 1947, President Harry Truman called her back to public service to lead the United States Civil Service Commission, a position she held until 1953. After government service, Frances entered a new phase of teaching, writing, and lecturing. When Cornell University formed its School of Industrial Relations, she accepted a position as lecturer which she held until her death in 1965 at age 85.

Frances Perkins was a woman definitely ahead of her time and a person of great vision and compassion. The world could use more of her ilk.

This may seem an unusual assortment of titles covering an unexpected span of time, but these novels feature women of vision who were either real historical figures or fictional representations or compilations of real figures. 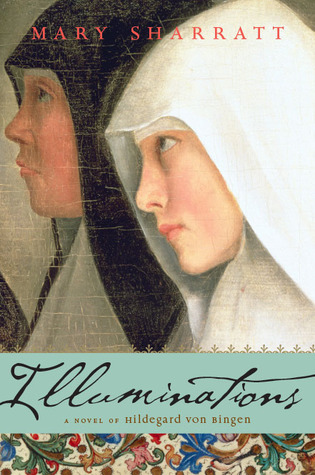 Most of us have read fiction about what it was like to be a woman in the nineteenth and twentieth centuries—but how about the twelfth? Hildegard von Bingen (also known as Saint Hildegard and Sibyl of the Rhine) was one of the most unusual women of the Middle Ages and left a most unusual legacy. Even from within a monastery and living a cloistered life in silence, she was able to have a dramatic impact on the world as a healer, writer, composer, and theologian. Her music is still performed today. 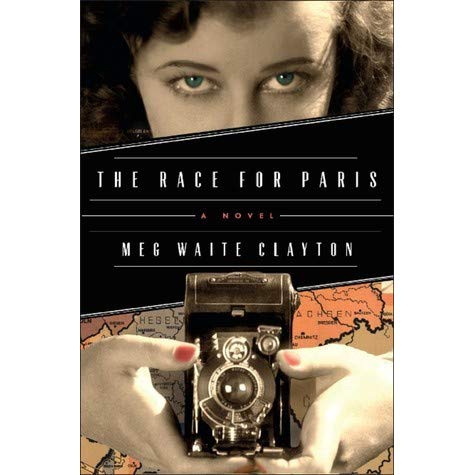 Female journalists face even more challenges on the front lines of war zones than male journalists do, which inspired Meg Waite Clayton to write this novel by daring, real-life female reporters like Margaret Bourke-White, Lee Miller, and Martha Gellhorn. Her characters Liv, a correspondent, and Jane, a photographer, take on great personal danger to report on Allied forces as they retake Paris from the Nazis. 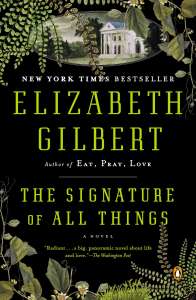 The woman at the center of this sprawling, engaging novel is fictional, but the circumstances of her life are all too common. Inspired by the stories of scientists’ daughters and wives who often made their own scientific discoveries but received none of the recognition that men did, Elizabeth Gilbert created Alma Whittaker, whose scientific and personal pursuits will keep you turning pages through the night.

← Hats, War, and the Great Peace
The Great Stink →