The Swamp Fox: Hero of the Revolution

One of my writing passions is taking those tantalizing footnotes of history and weaving stories around them. Celebrating Independence Day got me thinking about heroes and reminded me that there are some who might fall into the category of historical footnote. They are sometimes important players in interesting, but minor affairs. At other times, they play smaller, but crucial parts in earth shattering events. With coming posts, I plan to share some of my favorites in the latter category, beginning with Francis Marion, perhaps better known as the Swamp Fox.

South Carolinians are very aware of the part their native son played in defeating the British during the Revolution, but he might not be as well-known in other parts of the nation. He was a hero of the Revolution, but his part was limited in comparison with the likes of Washington and Paul Revere. Although there are novels and a couple of movies featuring his exploits, they are generally romanticized, inaccurate accounts. The most well-known of these artistic endeavors is probably The Patriot starring Mel Gibson. Gibson’s character shared location, the swamp, and military tactics with Marion, but little else, not even his name. So who was the real Francis Marion and why does someone so far removed from the real Revolutionary action deserve to be called hero?

To answer the question, we must first dispel some misunderstandings. While military action in the mid-Atlanta and New England colonies gets far greater press in history books, John Oller, author of The Swamp Fox: How Francis Marion Saved the American Revolution, tells us that more Revolutionary War battles were fought in South Carolina than in any other colony, that 20 percent of all battle deaths during the war years took place in South Carolina, and that in 1780 alone two thirds of all battle deaths occurred in South Carolina. Clearly, something significant was happening in the southern colony. It was the British “Southern Strategy.” The Redcoat leadership felt they had a better chance of subduing the rebellious colonies if they conquered those in the south before a final challenge against Washington farther north. Perhaps the fact that loyalties were more divided in the southern colonies led to the strategy. In South Carolina, the divisions led to brutality and seeking of revenge among the citizenry as men changed sides at will and former friends met one another in battle. It was in this devil’s mix that Francis Marion made his name.

Marion was born the youngest son on his parents’ plantation in present day Berkley County, SC in or about 1732. He was a small boy with misshapen legs who grew to be a man of unremarkable appearance, but this in no way seems to have limited him. At 15, he went to sea on a ship bound for the West Indies. According to legend, a whale rammed the ship and the seven man crew was forced to abandon the sinking vessel for the precarious safety of a lifeboat which drifted for a week before it washed ashore. Marion returned to South Carolina to manage the family plantation and at 25, joined the colony militia to fight in the French and Indian War.

The brutal campaign against the Cherokee taught him lessons that twenty years later he would apply to advantage against the British. In-depth knowledge of the terrain allowed the Cherokee to launch surprise attacks and then melt away back into the hills and forests that had shielded them from their adversaries. While the British ultimately prevailed against the French and their allies, the native tribes’ guerrilla tactics left a lasting impression on Marion. In addition, this period had another unanticipated lesson for the future Swamp Fox. He became intimately acquainted with British military hierarchy and the inherent arrogance it bred. Both of these lessons would later serve him well.

With the French defeated and their tribal allies driven farther into the western frontiers, Marion returned to farming and by 1773 was able to purchase his own plantation, Pond Bluff. In 1775, he was elected to the first South Carolina Provisional Congress, which supported the colonial dissatisfaction with British rule. On April 19, 1775, the Provisional Congress voted to raise three regiments of militia in response to the Battles of Lexington and Concord. Marion received a commission of caption in the second. He was assigned to

Fort Sullivan in Charleston Harbor where he struggled to keep a ragtag band of volunteers in order. They were an undisciplined lot who drank too much and thought footwear an unnecessary burden when answering roll call. Despite the deficiencies of his troops, Marion distinguished himself during the Battle of Fort Sullivan in June, 1776.

But for an unusual accident, Marion would have been captured when Charleston fell to the British in 1780. Marion was not much of a drinker and sometimes found being in the company of his fellow officers a trial. At a dinner party in March where toasts to the Revolution flowed as fiercely as the booze, Marion longed for escape. In the tradition of the time, the host had locked the doors when the toasts began to prevent unwanted gatecrashers. Marion was forced to jump from a window when he chose to leave, breaking his ankle in the fall. He was at home recuperating when the Redcoats overran the city in May. After 1780, Marion’s part in the war changed dramatically.

With the British in control of much of South Carolina, he began a war of  attrition against the unwelcome occupiers. He put the guerrilla tactics he had learned from the Cherokee to good use. In August, he led a successful sneak attack on a British encampment and freed 150 American prisoners of war destined for prison ships. From that time on, he and his band of ruffians harried the British with surprise attacks and then, like the Cherokee, simply melted away into the surrounding swamps. It was from these tactics that he earned his reputation as a fox. In November, 1780, British Lieutenant Colonel Banastre Tarleton chased Marion for 26 miles before the South Carolinians vanished into Low Country swamps. Tarleton is quoted as having said, “As for this damned old fox, the Devil himself could not catch him.”

When Nathaniel Greene arrived to deal with Cornwallis in late 1780, Marion retreated to the sanctuary of Snow Island where he befriend the inhabitants who in turn were happy to help him in his position as provider of intelligence for the American general. By all accounts, Francis Marion was an affable man who understood people and how to gain their affection and cooperation. His troops are said to have been devoted to him and willing to follow him into any danger so confident were they in his leadership.

At war’s end, Marion returned to Pond Bluff and at age 54 married his 49 year old cousin, Mary Esther Videau. He continued to serve South Carolina as a peacetime militia commander and in the state legislature where he helped write the state constitution. His opposition to the punishment of former Loyalists is seen as perhaps his greatest accomplishment. He died at home on February 27, 1795 after a long decline. He never commanded a large army or fought a major battle, but his contributions in defeating the British earned him a place in history and in legend as the renowned Swamp Fox.

Historical fiction featuring Marion and the war in South make for interesting reading. Here are some that I can recommend. 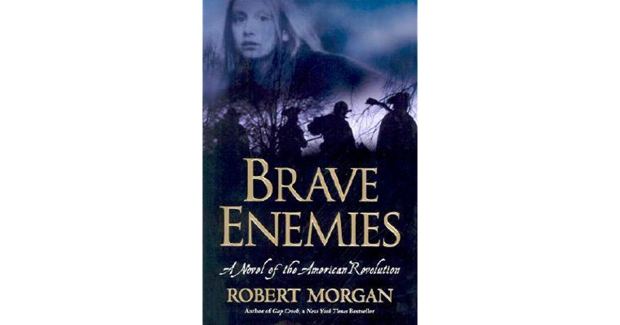 One thought on “The Swamp Fox: Hero of the Revolution”