Love them or hate them, it’s time to send and receive Christmas cards.

Which makes me wonder–how did this practice ever come about anyway?

The postal service was not used by ordinary folks until the 1840s, when the Penny Stamp was created. There were two basic reasons for this. First, printing methods had improved to the point where mass quantities could be created for a reasonable cost. Second, the railroads were coming into use to carry mail in much greater quantity than a horse and carriage, much faster and much more cost effective as well.

The custom of Christmas cards began, as do so many traditions associated with the season, in the United Kingdom, in 1843. Sir Henry Cole was a senior government worker who had helped organize the new ‘Public Record Office,’ now called the Post Office, and was attempting to come up with ways to make it more user-friendly for ordinary people. Sir Henry, together with his artistic friend John Horsley, designed and sold the first card, which they made available to the public for 1 shilling each.  The triptych card depicted people caring for the poor and a center panel of a family having a Christmas feast. The card was printed on stiff cardboard and was 5-1/8 by 3-1/4 inches in size. The top had a salutation line so it could be personalized and the message was “A Merry Christmas and A Happy New Year To You.” Only 1,000 cards were printed and sold. Needless to say, if you’re lucky enough to find one of these 1,000 cards today, they will cost  you considerably more than a shilling.

From this humble beginning began a tradition that continues to this day. The first cards contained pictures of the Nativity. It was not until the Victorian era that snow scenes and robins began to grace the cards. 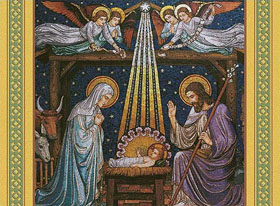 Americans didn’t really begin to embrace the practice until the late 1800s, when Louis Prang, a German printer who had also worked on the early versions of the cards made popular in the United Kingdom, began mass production of colorful cards in America, which featured flowers, foliage and children. In 1915, the Hallmark Company was formed and is still one of the largest card companies.  Today, about 1.6 billion cards are sent each season in the US, most of them a standard 4 by 6 inches, folded once and inserted in an envelope.

Jacqueline Kennedy painted two Christmas card designs for Hallmark in 1963. The designs, including Glad Tidings (featured) and the Journey of the Magi, were to be sold as a benefit for the Kennedy Center. (Courtesy of the Hallmark Archives, Hallmark Cards, Inc., Kansas City, Mo.)

No longer are cards strictly for Christmas, but have been expanded to “holiday” cards covering Hanukkah, Kwanzaa, the Winter Solstice and New Year’s. From red-suited Santas to religious depictions or copies of famous paintings to funny cards, there’s a version of a card for every personality. They have become a gesture of goodwill as well as an act of expression for oneself. As families continue to spread out over the country and the world, Christmas cards keep us in touch with each other. They may be old-fashioned, and another item on to the endless “To Do” list of holiday chores, but most of us consider them an essential part of the season.  Social media may some day replace this tradition in the future, but the giving and receiving of greeting cards have a certain enduring charm that will hopefully, keep the tradition going foe centuries to come. 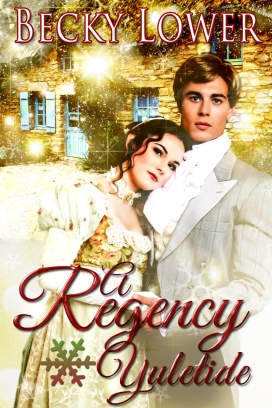 ← Bacon’s Castle: America’s Oldest Brick Residence and the Ghosts that Haunt It
Candles Light Up Our Lives →

6 thoughts on “The First Christmas Card”