This week marks the anniversary of the start of the Civil War. The bloodiest war in American history began on April 12, 1861, when Confederate forces, under the command of General P.G.T. Beauregard opened fire on the Union forces entrenched at Fort Sumter, South Carolina in Charleston Bay. After fifty hours of battle, and 4,000 rounds of ammunition launched by the well-supplied Confederates, Major Robert Anderson surrendered the fort without any loss of life. Buoyed by this victory, the South thought the war would be over in a matter of months. However, on April 15, President Lincoln

issued a proclamation for 75,000 men to stop the Southern insurrection, and the long Civil War was underway. The first battle that suffered casualties took place at Bull Run in July, 1861. But it didn’t stop there.

The official beginning of the war culminated years of squabbling between the North and the South. The issue of slavery had been dividing the nation for more than a decade, and the rhetoric on both sides escalated each year. By 1860, the Southern faction was openly discussing secession from the United States. Following the election of Republication Abraham Lincoln, South Carolina began secession proceedings and started seizing forts and stockpiling ammunition. Within weeks, five other southern states joined

forces with South Carolina. In 1861, Jefferson Davis was named president of the Confederate States of America and the war began in earnest, often pitting families against one another. Ultimately, 2,100,000 Union soldiers were engaged during the four years of battle, as opposed to 1,000,000 Confederate soldiers.

One of the most devastating battles happened in Gettysburg, PA from July 1-3, 1863. More lives were lost in this intense fight than any other during the entire rest of the war, as more than 50,000 soldiers were slain. Residents of the town had to wear masks over their faces when they left their homes, since the stink of rotting flesh permeated the air for months. There were too many bodies to properly dispose of them. The Battle of Gettysburg marked the turning point of the war, as Union General Meade stopped the advance of Confederate General Robert E. Lee.

The war lasted for four long years, from 1861 to 1865. The South was finally defeated, but not before 620,000 Union and Confederate soldiers gave their lives. 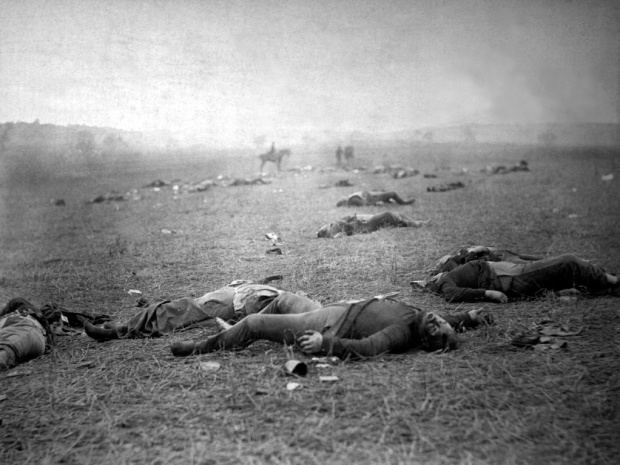 The Aftermath of Gettysburg, Photo Courtesy of the National Archives

Two of the books in the Cotillion Ball Series are about the effects and after effects of this dark chapter in American history.

In A Widow’s Salvation, Pepper Fitzpatrick is forced to carry on with her life after her husband becomes one of the first to die for the cause at Bull Run. And The Forgotten Debutante highlights the little known Federal Reburial Program, after the war finished, when bodies of the Union soldiers were gathered from the killing fields and relocated into national cemeteries. 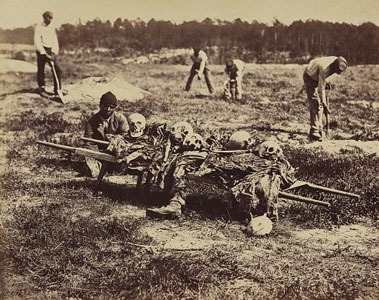