Florida. For most of us, the word brings to mind sunny skies, clear water, white sand, citrus groves, a river of grass, and Micky Mouse. Perhaps we have visited the tourist destinations scattered over the state from the sugar sand beaches of the Panhandle to the Margaritaville lifestyle on Key West at the peninsula’s tip. For 16th and 17th century Spaniards, Florida, or La Floride, represented something quite different in both appearance and size. La Floride extended from the Atlantic coast to the Mississippi River taking in a wide swath of the present day southern Lower 48 including Virginia, Florida, the Carolinas, Georgia, Alabama, and Mississippi. Today, we refer to Spanish Florida as part of the Spanish Borderlands.

In the map above, one can identify recognizable geographical features like the rivers that still flow into the Atlantic and the Gulf of Mexico and the distinctive indentation slightly to the left of center, present day Mobile Bay. Very near the small red oval in northern Florida lies the oldest continually inhabited city in North America, St. Augustine.

On the Feast Day of St Augustine, August 28, 1565, the commander of a Spanish fleet, Pedro Menéndez de Aviles, stepped ashore charged by Phillip II with the tasks of exploring the area and establishing a permanent settlement. After subduing the local Timucua Indians, the Spanish settlement at St Augustine grew to become the capital of La Floride, to become an administrative center for La Floride’s extensive system of Franciscan missions, and to act as a buffer against French and British incursion.

By the time Jamestown was established as the first British colony, St Augustine was nearing its fiftieth anniversary. The town’s position as a military garrison grew in importance as French and British influence in the region increased. The conclusion of the Seven Years’ War brought about the exchange of Florida for Cuba between the Spanish and British in 1763. Britain held La Floride for only twenty years before returning it to Spain. The region changed hands for the final time via the Florida Purchase Treaty whereby Spain ceded La Floride in exchange for the U.S. government assuming approximately $5 million in claims by U.S. citizens against Spain.

In future posts, we will explore the Spanish Borderlands before and after the region became a U.S. possession.

Historical fiction set during the era of Spanish Florida are not plentiful, but those featured below have good reputations among Florida librarians and those who value works set in the state.

Near the old cathedral, 19th century

Gates into the city with view through the center of town. The gates still exist. 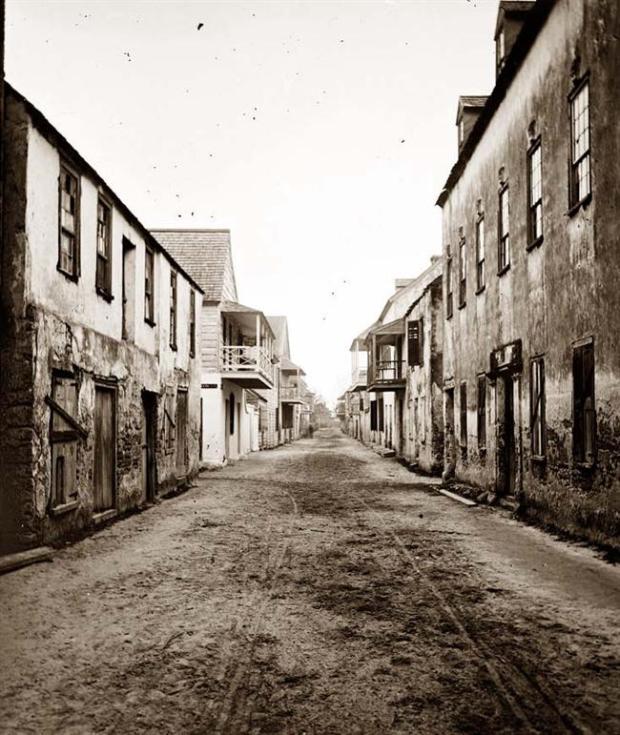 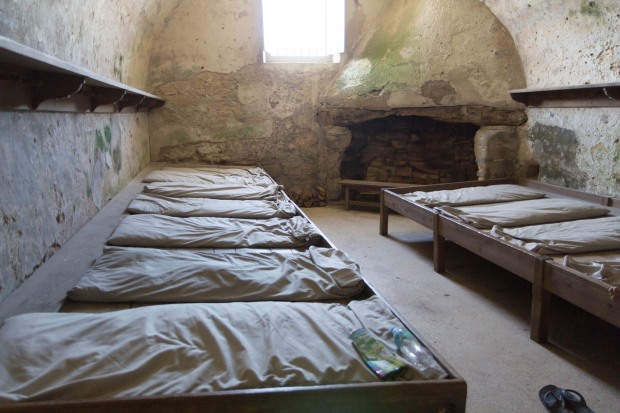 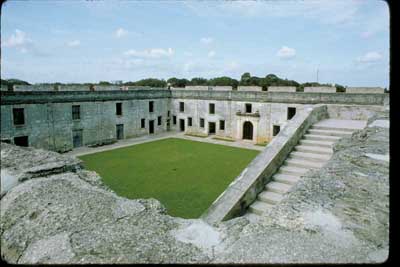