Several years ago, I gave myself a gift. It was something I had always wanted. We live in the Houston area. Traffic is nothing short of horrendous and the freeways are constantly under construction. Going anywhere at rush hour (6:00-10:00 a.m. and 3:00-7:00 p.pm.) is a nerve wracking, tedious, miserable experience. Over the years, I developed a theory of dealing with the perils of getting around: either be big enough to roll over danger or fast enough to outrun it. My most recent automotive purchase falls into the latter category. The story of my Saab 930 Aero was an experience I never expected to have and took me to locations I had not expected to visit, which made it all the more fun!

Through a combination of luck and great timing, my husband and I were able to order my car and travel to Sweden to pick it up. Trollhattan is the Motor City of Sweden. It is located near the border with Norway, so it made more sense to see Norway first and then travel back down through Sweden, but I fell in love and Sweden fell victim to my new romance. We never really saw much of Sweden, only flashing landscape and highways in the dash down from the north in the beginnings of a snowstorm to get the car to the port on time for shipment home. Norway, Land of the Midnight Sun, stole my heart! Norway, like other far northern countries, has a brief period when the sun shines for a full 24 hours around the time of the summer solstice.

We traveled in October in the two weeks before winter weather takes full hold in Norway. As we neared Oslo, I decided that calling ahead for reservations might be a good idea. It was not tourist season, but Oslo is the capital city. It might have been crowded for some strange reason. To our surprise, getting a reservation became a journey in itself. There was a big agricultural convention in town and every hotel was filled  – all of them. Not one room could be found for any price, except in the Grand Hotel. Yes, the one where they hold the Nobel Prize ceremonies, the four star beauty of the historic district, the one sitting just down the main street from the governmental palace. My husband grumbled, but, oh well, we had to have a room or sleep in the car, which probably would have been illegal and rather cold! This was one of the few times not planning ahead worked in my favor!

Oslo quickly became one of my favorite cities. It’s small enough to get around easily and big enough to offer activities for most travelers. Since I am a museums, castles, and cathedrals kind of girl, I found my particular brand of heaven there not far from the historic city center.

Gol Stavekirk, built around 1200 CE in Gol and moved to Oslo in 1880 by the Society for Preservation of Ancient Norwegian Monuments.

The Norsk Folkemuseum is Norway’s largest museum of cultural history and the world’s oldest open air museum.  In my opinion, it is the best of its type. Librarian and historian Hans Aall had a deep love for all things Norwegian and preserving its cultural heritage became a passion that lasted for 52 years, from the founding of the museum in 1894 until Aall’s death in 1946. The goal was to offer museum visitors realistic cultural experiences by gathering into one location buildings, sometimes entire town streets, representing centuries of Norwegian history. While the museum is open 365 days per year, it is only during summer that actors in traditional dress stroll the museum streets and perform traditional tasks with the historical accuracy.[1] 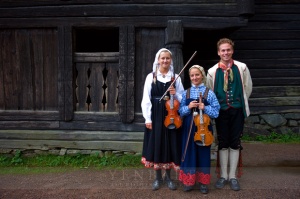 Not far from Norsk Folkemuseum is that other museum of  Norwegian cultural history, the Vikingskipshuset or Viking Ship Museum. The Viking Ship Museum presents Viking ship discoveries from Gokstad, Oseberg and Tune as well as other finds from Viking tombs around the Oslo Fjord.

Once we left Oslo, the drive north allowed us to enjoy some of the most naturally beautiful scenery I’ve ever seen and ended the steepest decline I have ever traversed. After passing mountains with the occasional little farmhouse clinging to their sides, we began the trip down to Geirangerfjord and the Union Hotel. At one point, the descent was so close to vertical, that the nose of the car disappeared from view. It is a road that will give travelers an adrenalin rush whatever one’s mode of transportation. Apparently, bicyclists take masochistic pleasure in peddling up and down the thing. 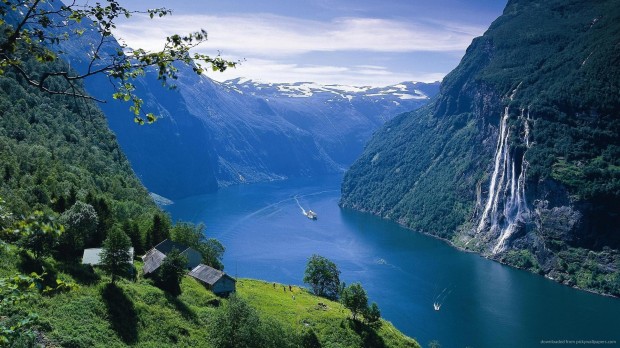 Geirangerfjord is the most iconic of the Norwegian fjords. It is often the photographic location of choice for brochures created by the Norwegian tourist industry. What isn’t as well known or advertised is how dinner is served in the hotels. Rather than describe it, I’ll show you.

Now imagine an entire room filled with tables like the one above. It’s essentially a twelve course meal served buffet style with meats, fish, seafood, vegetables, fruit, cheeses, breads, and desserts. There is a whole table reserved especially for pickled items. I don’t know if it was traditional Norwegian fare, but everything I tasted was delicious.

For the last few months, I have enjoyed matching novels to places, but I now find that there are wonderful travels about which I wish to write, but alas, for which I have no fiction I wish to recommend. What to do? How about inviting readers to make recommendations? So without further discussion, I present Travels Through Historical Fiction, Readers’ Edition! I would love to hear your recommendations of historical fiction set in Norway or Sweden. Discovering great books and promoting historical fiction is what we are all about!

Check out the comment from Anna!!  She has a whole list of recommendations for historical fiction set in Norway and Sweden!  Thanks, Anna!

Websites for the museums:

Scenes from the Norsk Folkesmuseum 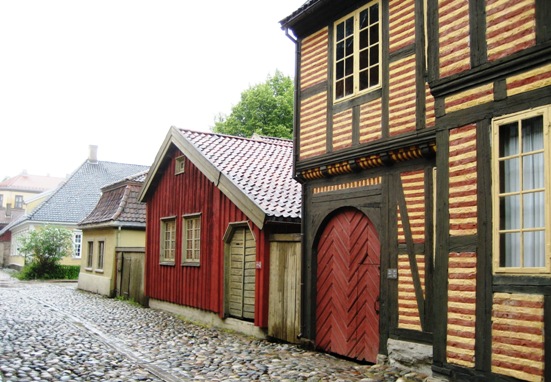 Street in the “Old Town” 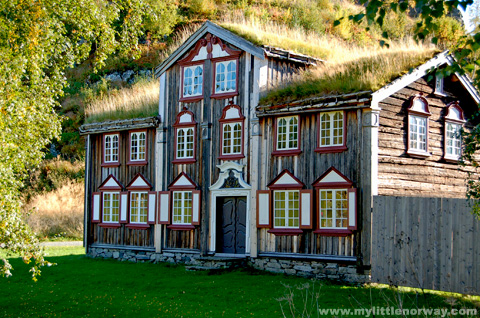 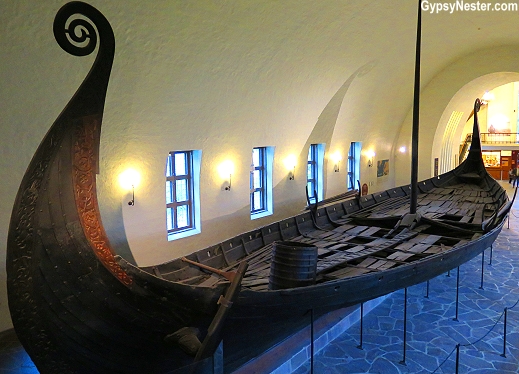 ← Brûlé and the Great Lakes
The Ohio Firelands →

19 thoughts on “Travels Through Historical Fiction, Readers’ Edition: Land of the Midnight Sun”