Travels through Historical Fiction: the Romance of Cornwall

Land’s End viewed from the south.

On England’s far southwestern coast lies a land that has sparked the imaginations of travelers, artists, writers, and readers for generations. The mere mention of its name brings visions of surf crashing against rocky cliffs, of pirates lying in wait for the unwary traveler or seafarer, of windswept moors where King Arthur once strode, and of mansions where young women found suspense and romance. Cornwall, given its culture, language, history, and climate, kissed as it is by the Gulf Stream, almost seems a land apart from the rest of the UK. If the those persons quoted above are to be believed, it is. In fact, there are movements afoot suggesting that Cornwall be given the same rights and privileges as other “national minorities” in Britain and even calling for devolution from the UK.

It has long been argued that the Cornish people are a distinct ethnic group descended from ancient Celtic tribes, much like the Scots, Welsh, and Irish.[1]  A new genetic map of the UK based on extensive DNA research supports this argument. It shows that the DNA of people native to Cornwall for generations and that of those in neighboring Devon are distinctly different and that the genetic division is drawn along the present county line.[2] With a renewal of the Cornish language, its own flag and national day, genetic homogeneity, and cultural identity, the Cornish devolution movement is receiving some press, similar to the movement in Scotland.[4] Like the Scots and the Irish, Cornwall also has a patron saint, in fact, three, but only St. Piran is honored with a holiday. 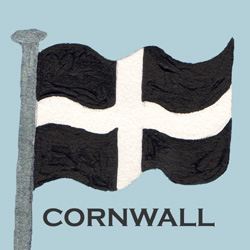 St. Piran was a 5th century Cornish abbot. Legend has it that he was expelled from Ireland by pagan chieftains who threw him into the sea, whereupon he floated across the water to Cornwall on a millstone. Since historians and archeologists are certain there was much movement during ancient times between Ireland and the other islands of the present day UK, St. Piran’s coming from Ireland makes sense. I leave it to your judgement regarding the floating millstone. 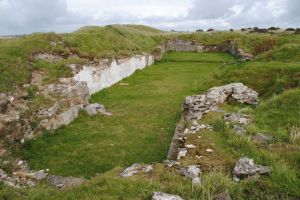 Whatever his origin and truth, St. Piran founded a church and became the patron saint of tin miners, which is no surprise considering the impact mining had on the topography and economy of Cornwall. From ancient times through 1998 with the closing of the last tin mine, mining was a driving force in the history of the county.

Mining is even credited with the development of that most Cornish of foods, the pasty. It is said that the pasty with its thick, crescent shaped crust on one side provided a way for the miners to hold their food without poisoning themselves with the residues of the metals they were digging from the earth. Considering that arsenic was among those metals, the pasty contains a touch of genius. In addition to tin and arsenic, other metals like copper were extracted for generations. All of this digging in the earth has left some interesting ruins where the mines once operated. Fans of the PBS/BBC Masterpiece Theater series Poldark will recognize the abandoned mines where many scenes are filmed. 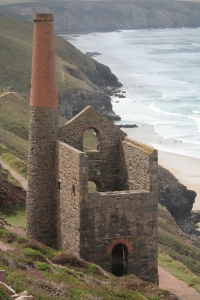 Abandoned tin mine near St. Agnes

Aidan Turner, he of Hobbit and Poldark fame.

The popularity of the Poldark series, based on the novels of Winston Graham, is just the latest phase in the romance with Cornwall. Personally, my first encounter with the idea of Cornwall was through the gothic romances of Victoria Holt. The boredom of a sweltering summer day led me to my parents’ shelf of Reader’s Digest Condensed Books. I skimmed the titles and pulled out one that included Mistress of Mellyn. At the time, I had only a vague notion that I liked all things British.

Reading Holt’s book transported me to an exciting world of gothic mansions, dark secrets, and romance. What was there not for a young girl to love? I quickly read through all of Holt’s novels and moved on to Daphne du Maurier’s Rebecca, Jamaica Inn, and The House own the Strand. While Rebecca was contemporary suspense when it was first published, from today’s perspective the novel reads like historical fiction.

The number of novels set in Cornwall is a fairly large. Space and time do not allow an all inclusive listing. The gallery below includes some the titles I have enjoyed. I leave you to search out others on your own. The titles are in no particular order. Happy reading! 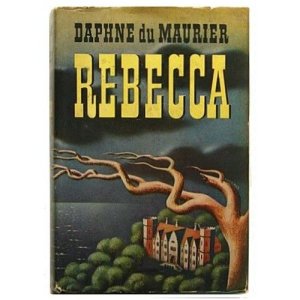 Although a work of contemporary suspense when first published, from the present perspective it reads like historical fiction. 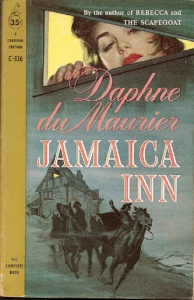 Another novel that was contemporary when first published, but now has the feel of historical fiction.

Since the librettos of operettas and musicals  are often called books, I couldn’t resist including this! 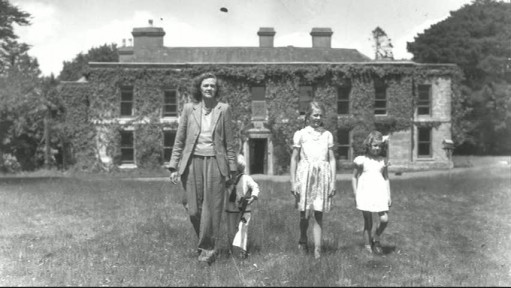 Daphne du Maurier and her children at Menabilly House believed to have been the inspiration for Manderley in Rebecca. 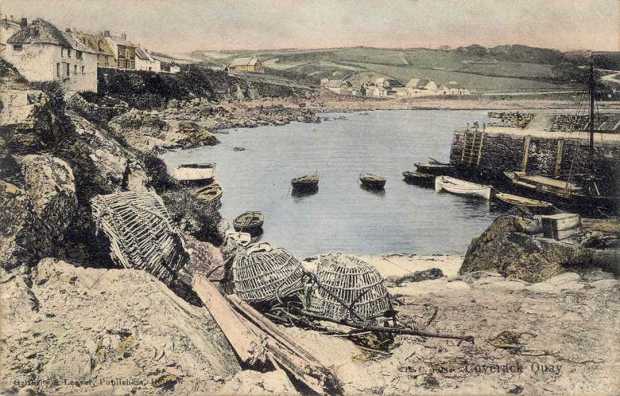 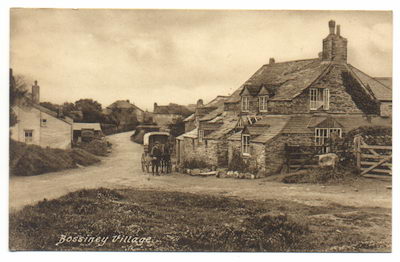 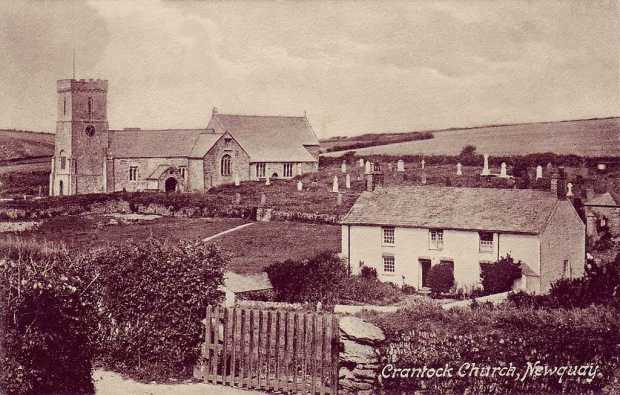 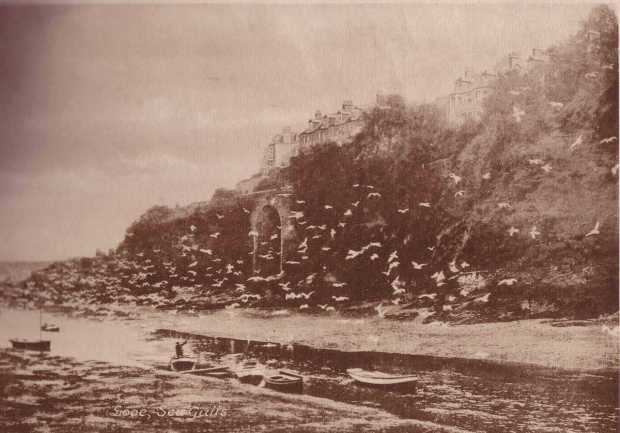 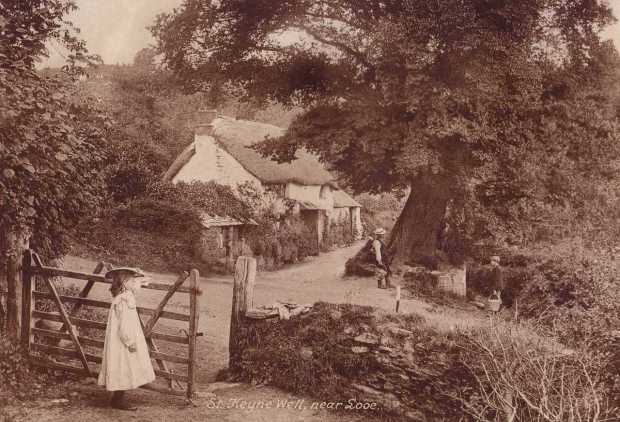 ← Timber Trade Along the Ottawa
Angel On The Battlefield →

15 thoughts on “Travels through Historical Fiction: the Romance of Cornwall”